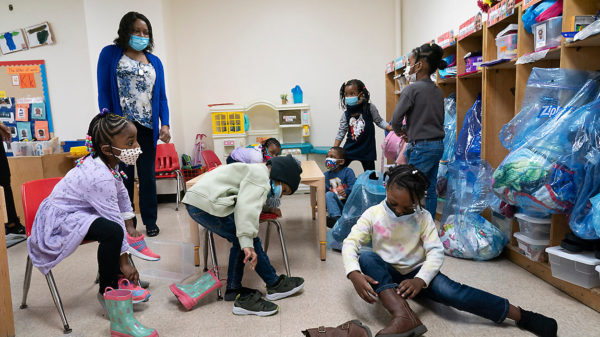 Mayor Bill de Blasio announced the vaccination mandate Monday, three weeks before the beginning of the school year on Sept. 13. The mandate, unlike a broader requirement for all municipal employees, does not include an option to test weekly for the coronavirus instead of receiving a vaccination.

The mandate affects 148,000 staff, including contractors who work in schools. About 63% of education department staff have received at least one dose of the vaccine, the city said.

The city said that the rule followed guidance from the CDC issued earlier this month that recommended teachers and staff be vaccinated “as soon as possible.”

The new mandate comes as de Blasio has strengthened vaccination requirements for city workers in recent weeks, with a blanket test-or-vaccinate rule going into effect on the first day of school.

De Blasio has repeatedly said he is considering further rules to “climb the ladder” of COVID-19 precautions with cases on the rise since mid-June.

The new rules, alongside vaccination incentives such as a $100 gift card on your first dose at a city-run clinic, have spurred city immunization rates higher after they began to plateau in the spring. Just under two-thirds of city adults are fully vaccinated, according to city data.